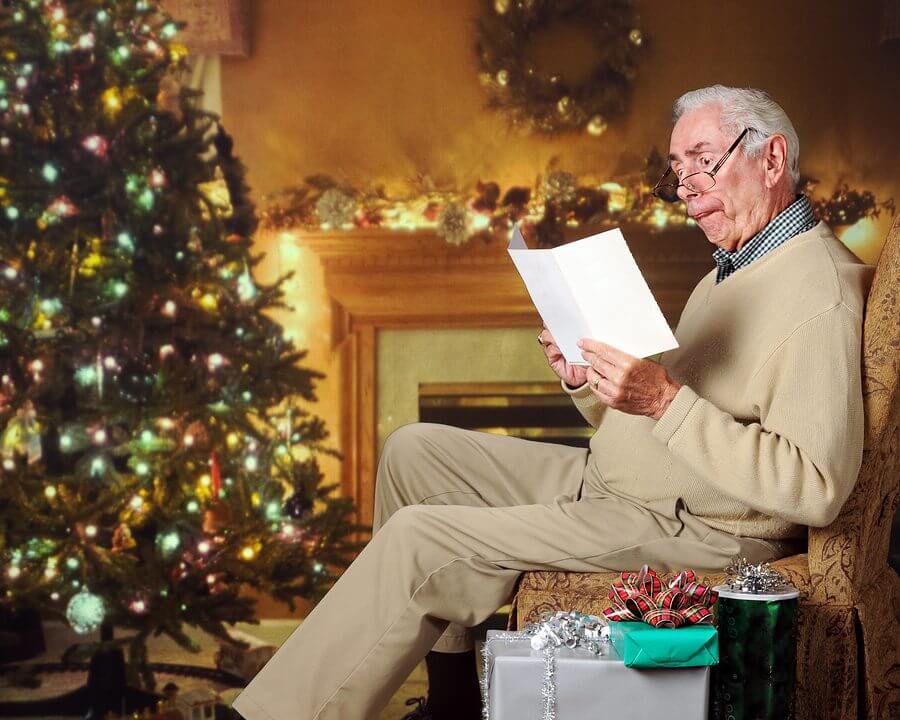 December, 2008. That was the last time Mark spent the Christmas holidays with his wife. They had been married for 52 years. The only times they didn’t get to spend the holiday season together was when he was serving in the Vietnam War. As an aging veteran, the holidays have been increasingly difficult to get through, especially as he’s had difficulty tending to his own basic care at home.

The first couple of years after he lost his wife, his children encouraged him to visit with them for the holidays. One year they picked him up and drove him three hours to visit his oldest son and his family. The following year he was flown across the country to visit with his daughter. The year after that everyone seemed to be too busy or taking on too much and he spent the holidays alone. There was only one other year since when he was able to spend the holidays with family members. That was two years ago.

He didn’t complain and never would. That was not a part of his chemistry. Still, even though he was having difficulty getting around on his own and had begun relying on professional home care services, and even though he knew he wouldn’t be alone this Christmas, it was not the same.

His family wasn’t even aware he was relying on home care aides to support him throughout the year. A friend of his through the local VFW (Veterans of Foreign Wars) mentioned that he may qualify for the Aid and Attendance Benefit through the VA. He applied for and was approved because he served during a time of active combat and was honorably discharged from the service. He also was able to show a specific need for home care services.

He hired these caregivers through an agency and had even talked about the holidays. They were going to have somebody available to work with him on Christmas, New Year’s, and different times throughout the holiday season. Still, he knew that wasn’t the same as spending time with family.

Even though a senior may rely on home care services, there is no substitute for family. This is especially true during the holidays. For aging veterans, it can be easy to feel as though they are forgotten, so any family member should try to make whatever provisions possible to be there for them at this time of the year. Even if being there physically is not possible, there are wonderful technologies, such as Skype or Facetime, that can allow the elderly veteran to see and talk to their loved ones as though they were right there with them.

For more information and to learn about veterans aid and attendance pension benefit, contact Veteran’s Home Care at (888) 314-6075.

4 Activities Aging Veterans Can Do to Improve Their Health, with or without Home Care

4 Steps in Talking About Home Care with Your Veteran Father