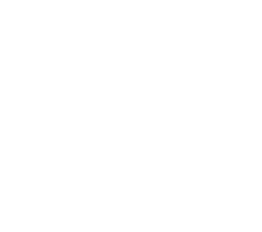 Bill had been living with his wife for more than 50 years. He had been through the Korean War and raised a family with his wife. They had a child who was born with some birth defects and they did everything they could for her through the years. Their daughter lived with them throughout her life as she was unable to take care of herself. Now that he and his wife were in their 80s, they didn’t have the same strength and stamina to care for their daughter, who was now in her 30s.

Bill had heard about the VA Aid and Attendance Benefit and how it could provide monetary assistance to veterans so that they could afford home care for themselves. He wanted to know whether it could be used to help pay for home care for a loved one.

Bill called one of his contacts at the VA hospital closest to him, which happened to be more than three hours away. It took more than a week of calling and leaving messages before he heard anything back and this was frustrating. His friend at the VA apologized for taking so long to get back to him, but explained that “we are understaffed and overworked right now.”

He had heard this same story for so long that Bill was used to it by now. Meanwhile, the longer that it took for him to get answers, the more stressed and worn out he and his wife were becoming. He was having his own difficulties at home and didn’t want his wife to end up having to care for their daughter and him.

The VA rep told him that if he had a doctor that would document that he needed home care, as a veteran he would be able to potentially get pension money through the Aid and Attendance program to help pay for home care, but that it would have to be for him. His wife could also receive some support as well, but this pension program wasn’t going to cover any care for his daughter.

Bill had hoped that there would be something to provide support for his daughter, and while it was a relief that he and his wife might be able to qualify for that support, at the moment it was all about their daughter and they were going to have to find some other means to pay for special care for her at home.

January is National Glaucoma Awareness Month: Get Those Eyes Checked!